On behalf of Ride Leader Phil Kolczynski, who took the picture. 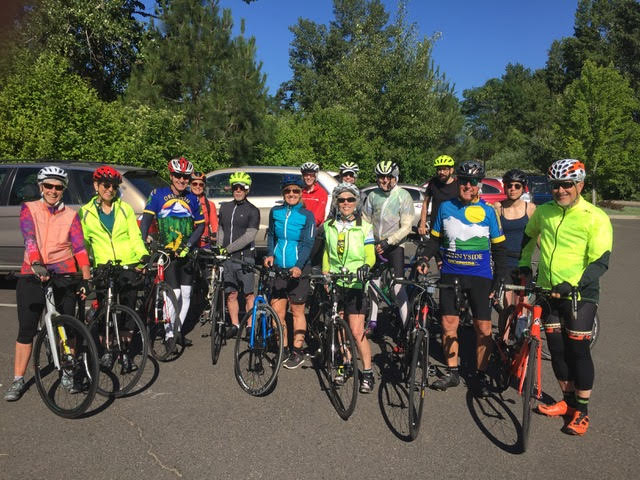 Third from left, Siskiyou Velo President, Harlan Bittner in his Oregon Jersey, who aided in herding us cats;

Back Row Center in Red, Jean ODonnell, who for years, led many wonderful moderate “VeloShip” rides;

Back Row, next to Jean, Elizabeth Zell, who led Phil to get his first century;

New riders, Walter and April Ehrlich: back row, right side, in black attire.