Anyone thinking about doing the scenic bike trails based around Bend and Redmond/sisters Oregon will enjoy a few shots of our adventures there.

In case you aren’t aware, five of Oregon‘s scenic Bikeways are based around the Bend/Redmond/Sisters area. 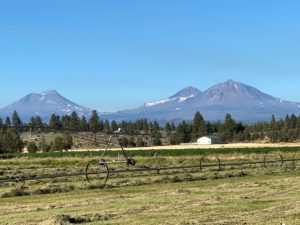 A group of us stayed at Eagle Crest in early September and had 4 days of great riding. We met at Shevlin Park for an abbreviated “Twin Bridges” ride on day 1. Day 2 involved major shuttling organization for the 37mi Sisters to Smith Rock ride. Day 3 saw us leaving Sisters to tackle the McKenzie Pass. The final day due to time constraints and possible smoke in Madras the remaining 4 repeated the Twin Bridges ride before heading back to the now smoky Rogue Valley. These rides were all on lightly traveled primarily country roads with shoulders or bike lanes. 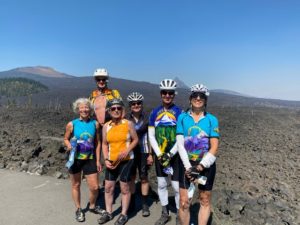 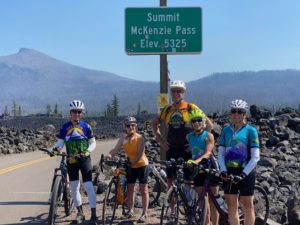 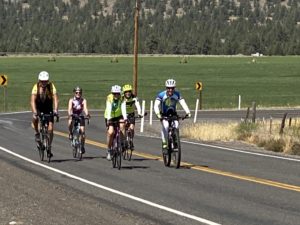